Silk Roads of the Sea

MORE ABOUT THIS EVENT:
Discussion of the Silk Road has long emphasized the land routes across Eurasia.  If one looks instead at maritime routes from China through the South China Sea into the Indian Ocean, a rich picture emerges of the movement of vast quantities of valuable goods – not just silk but fine porcelain, vast amounts of which have been recovered from shipwrecks.  Palembang, Singapore and then Melaka emerged as the middlemen in a trade network linking the oceans. Japan was also trading intensively with Chinese ports even when private trade was officially banned, and it sucked enormous quantities of copper out of the Chinese economy in the form of coinage.

MORE ABOUT THE SPEAKER:
David Abulafia, Fellow of the Royal Historical Society, Fellow of the Society of Antiquaries, and Fellow of the British Academy, is a historian with a particular interest in Italy, Spain and the rest of the Mediterranean during the Middle Ages and Renaissance. He spent most of his career at the University of Cambridge, rising to become a Professor at the age of 50. He was awarded the Wolfson Prize in History for his most recent book, “The Boundless Sea”.

HOW TO JOIN:
This event is free and exclusively for members and associates of RASBJ, and other branches of RAS. If you know someone who wants to join the RASBJ, please ask them to sign up at least 48 hours before the event via our website at: https://rasbj.org/membership/ 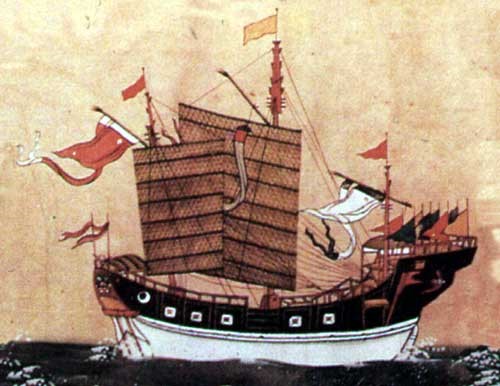