（Location pin will be sent to registrants after payment.)

HOW TO ATTEND THE TALK: RASBJ members 50 RMB; non-members 100 RMB (the price includes a glass of wine). Pay in advance by adding Melinda Liu on Wechat at melindachat and submitting payment with attendees’ names clearly noted. (Please keep a screenshot of the transaction as your proof of payment.)

MORE ABOUT THE EVENT:  Dr. Geoff Raby will offer two contrasting scenarios regarding how Australia-China relations might look in 2031.  A decade from now, will Australia be back selling China everything from beef  to wine to coal? If so, what needs to happen for things to get better? Or, ten years in the future, will the world become more dystopian – and the China-Australia relationship even worse? How low can it go – and what would it mean for the rest of the world?

Dr. Geoff Raby AO was Australian Ambassador to China from 2007-2011. He is a non-executive independent company director for a number of companies, as well as Chairman of Geoff Raby & Associates.  In November 2020 he published the book “China’s Grand Strategy and Australia’s Future in the New Global Order”.  While living in China, Dr. Raby was a passionate art collector and met many Chinese artists at the beginning of their careers.

NOTE:  Dr. Raby has generously invited RASBJ to hold this event at his loft in the Cao Chang Di art district. We’ll begin gathering at 4:30 PM,; the talk is from 5:00 – 6:00 PM.  Afterwards, Dr. Raby and some RASBJ members plan to have dinner at a (probably Yunnan) restaurant 10 minutes’ walk away. You’re welcome to join; each person will pay their own way.  Hope to see you July 17! 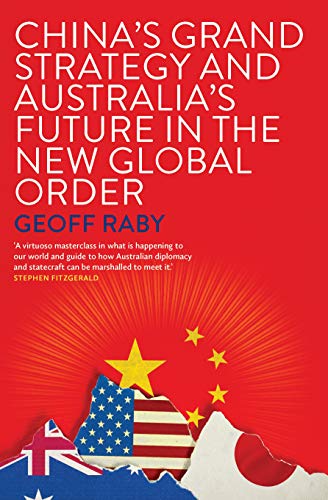