MORE ABOUT THE EVENT: Some Western China-watchers have also witnessed conflict in Southeast Asia, and know both regions well. Former U.S. broadcaster Jim Laurie has just published “The Last Helicopter: Two Lives in Indochina”. In this conversation with RASBJ, Jim will look back 50 years at a Southeast Asia very different from the one we see today.  Through the eyes of a 22 year old in 1970, Jim’s book explores the war in Indochina, the communist victories five years later in Phnom Penh and Saigon and the survival story of a young woman he knew trapped behind in the killing fields of Cambodia. Jim, who opened ABC’s Bejing Bureau nearly four decades ago, will also reflect on the legacy of war today.

MORE ABOUT THE SPEAKER: Jim Laurie is an award-winning international broadcaster, writer, and media consultant. Jim roamed the world as a radio and television correspondent first for NBC News (1972-1978) and ABC News (1978-2000). He has produced and written documentary films on Cambodia, Vietnam, Japan, and China and interviewed noted world leaders over the past 45 years including China’s Deng Xiaoping, India’s Indira Gandhi, Cambodia’s Norodom Sihanouk, the Soviet Union’s Mikhail Gorbachev, Russia’s Vladimir Putin, and the Dalai Lama of Tibet. He opened the first American television news bureau for ABC News in Beijing in the summer of 1981. 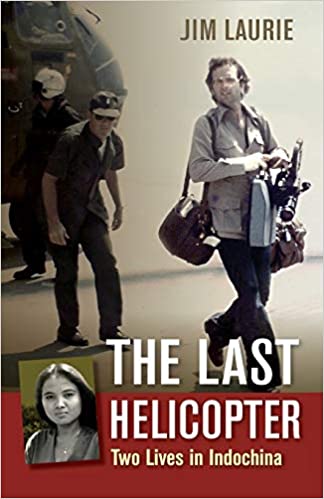