WHAT: “China’s Good War: How Memory of the World War II past is shaping a Nationalist Future”an RASBJ Zoom talk by Professor Rana Mitter followed by Q&A

MORE ABOUT THE EVENT:  Why does the history of World War II matter so much in China today? Memory of the Second World War has become intricately linked to reflection on the PRC’s present. China’s relations with the US and its Asian neighbours are shaped by a powerful factor: the changing meaning and memory of China’s wartime experience against Japan. Looking at a variety of frameworks ranging from diplomacy to literary nonfiction to social media to cinema, this talk, based on a new book CHINA’S GOOD WAR, argues that understanding China’s continuing reassessment of the war years is a key element of understanding the country’s contemporary actions at home and abroad.

MORE ABOUT THE SPEAKER:  Rana Mitter OBE FBA is Professor of the History and Politics of Modern China at the University of Oxford. He is the author of several books, including Forgotten Ally: China’s World War II, 1937-1945 (Houghton Mifflin Harcourt, 2013: UK title, China’s War with Japan), which won the 2014 RUSI/Duke of Westminster’s Medal for Military Literature and was named a CHOICE Outstanding Academic Title and a Book of the Year in the Financial Times and Economist.

HOW MUCH: This event is free and exclusively for members of the RASBJ and of other RAS branches. If you know someone who wants to join RASBJ, please ask them to contact MembershipRASBJ on Wechat or email [email protected]com

HOW TO JOIN THE EVENT:  To become an RASBJ member in order to attend this talk, please join RASBJ at least two days before the talk to allow time for you to receive the event notice with the advance registration link. After registering in advance, you’ll receive a confirmation email with a login link and passcode; use them to log in 10 minutes before the talk. 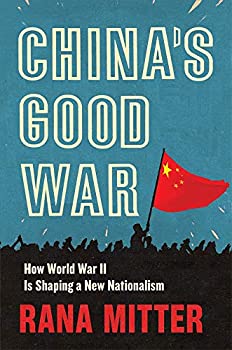