The Life and Times of Peking Opera Superstar Mei Lanfang”, a talk & dinner with Melinda Liu of the Royal Asiatic Society Beijing

WHAT: “The Life and Times of Peking Opera Superstar Mei Lanfang”, a talk & dinner with Melinda Liu of the Royal Asiatic Society Beijing

MORE ABOUT THE EVENT:  International superstar, celebrity cross-dresser, Chinese patriot — Mei Lanfang is often linked with the traditional and highly stylized Peking Opera. But he was also a cutting-edge performer who travelled abroad and hobnobbed with Charlie Chaplin and Bertolt Brecht. His innovations and fame helped to define Peking Opera, an often overlooked tradition that influenced famous actors from Bruce Lee to Gong Li and still permeates Chinese beliefs and behaviors today. In this talk, Melinda Liu presents little-known aspects of Mei Lanfang’s life and art. After the talk we’ll sit down to a 8-course dinner and 2 wine pairings at Black Sesame Kitchen, featuring some dishes he revered.

MORE ABOUT THE SPEAKER: Award-winning foreign correspondent Melinda Liu is Newsweek’s Beijing Bureau Chief and has lived in the Chinese capital since November 1998. Born in the USA, Liu graduated from Harvard University and, on a Michael Rockefeller Travelling Fellowship, learned Peking Opera in Taipei. In 1980 she opened Newsweek Magazine’s first Beijing bureau, residing in Beijing until 1982 when she moved on to postings in Hong Kong and the USA. Liu has covered China’s post-Mao modernization; the Soviet occupation of Afghanistan and the fall of the Taliban;  the 1991 liberation of Kuwait and the 2003 toppling of Saddam Hussein; and U.S. military interventions in Somalia and Haiti. Liu won the 2006 Shorenstein Journalism Award in recognition of her reporting on Asia.

HOW TO PAY: RASBJ members may purchase one ticket at 320 RMB and one additional non-member ticket at 398 RMB; members please wechat payment to Treasurer John Olbrich at johnobeijing with participants’ names — and please show a screenshot of your receipt for entry to the event. Seating for RASBJ-related participants is limited to 15 and reservations will be confirmed upon receipt of payment. For members of the general public, tickets are 398 RMB; please contact Black Sesame Kitchen directly using this QR code. 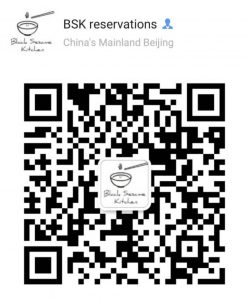 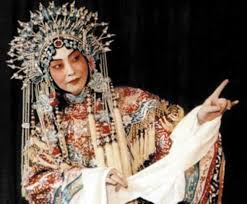