Guanxi: Its roots and impact on doing business in China today” by Isaac Stone Fish, moderated by Chingching Ni (online)

WHEN: Dec. 1, 2021 Wednesday 8:00-9:00 PM Beijing TimeHOW TO JOIN THE EVENT: This online event is free and exclusively for members of RASBJ and RAS branches.  Members have been emailed the event notice. If you know someone who wants to join the RASBJ to attend this talk, please ask them to sign up at https://rasbj.org/membership/ at least 72 hours before the event.

MORE ABOUT THE EVENT: If you visit China on a business trip, you’ll likely hear the term “guanxi”. Wikipedia calls it “the fundamental dynamic in personalized social networks of power, and a crucial system of beliefs in Chinese culture.” What are its roots, and how does guanxi impact doing business in China today? Isaac Stone Fish explains how much of what we consider ‘ancient Chinese’ traditions of guanxi actually owe more to Leninist politics than imperial networking. The spectacular — and different — downfalls of Jack Ma, Evergrande, and Didi moreover show that networks are a precondition of success, not a stave against failure. And yet, as Ma once joked about the Party, “Love them, don’t marry them.” What level of distance can and should Chinese and foreign corporations have with the Chinese Communist Party? How does the Party’s culture of secrecy and opacity impact business culture and networking in China? And how much are – and should — non-Chinese corporations, especially American ones, compromise their values to succeed in the Chinese market? Isaac is a writer and CEO of Strategy Risks; the event moderator is Ching-ching Ni, editor-in-chief of the New York Times Chinese website.

Speaker’s Bio: Isaac Stone Fish is a contributing columnist at The Washington Post, an on-air contributor to CBSNews, a visiting fellow at the Atlantic Council, and a columnist on China risk at Barron’s. Isaac founded and serves as the CEO of Strategy Risks, a firm that helps institutions and companies better understand, manage and reduce their China risk. His book, America Second: How America’s Elites Are Making China Stronger, on the Chinese Communist Party’s influence in America – and how to push back without being racist or McCarthyist – is forthcoming from Knopf in February 2022. An adjunct at New York University’s Center for Global Affairs, a term member at the Council on Foreign Relations, and a Truman National Security Project fellow, Isaac is a regular speaker and lecturer at conferences and events around the world. Previously Isaac served as a senior fellow at the Asia Society’s Center on U.S.-China Relations, Foreign Policy magazine’s Asia Editor, and a Beijing correspondent for Newsweek.

Moderator’s Bio: Ching-Ching Ni is editor-in-chief of The New York Times Chinese language website and Shi lifestyle magazine. She began her career in China as Shanghai bureau chief and Beijing correspondent for the Los Angeles Times. She branched briefly into academia, serving as associate dean and professor at the journalism school at Shantou University. 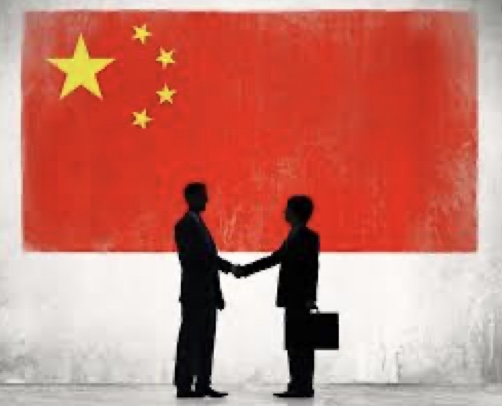